A HILL COUNTRY FAMILY: Gurley and Reba Gilliland of Splunge

"It was Mr. Gurley who carried me on his shoulders when I grew too tired to walk up the hills out of Weaver's Creek Bottom on a fishing outing. That ride high on his strong back and shoulders with me holding on to his head is the earliest recollection I have of the Thornton farm in Monroe County --- and after more than sixty years, I can still identify to spot on the steep hill where my little legs gave out and where Mr. Gurley scooped me up and plopped me atop his shoulders for the rest of the walk to the car."

"I thought of . . . Mr. Gurley Gilliland, as sort of a grandfather figure."

"I asked Mr. Gurley, 'If I sprinkled salt on the tail of a bird, could I catch it?' And he said that if I moved fast that he was sure enough I could catch any bird I had sprinkled with salt on its tail." 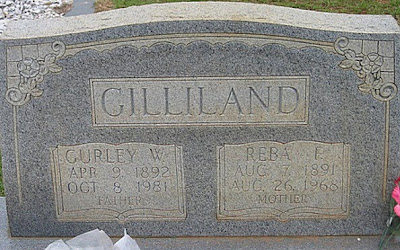 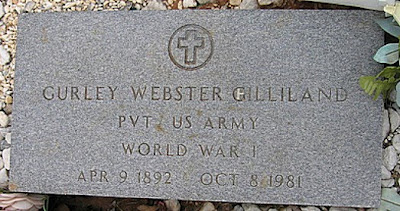